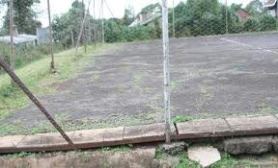 It might seem like a golden era in British sport and undoubtedly Andy Murray’s achievement in winning Wimbledon is amazing, particularly given the pressure he was under. However, for British tennis, Andy Murray’s history making win masks the epic failure of the sports governing body.

Every year around this time there is a spate of navel gazing on the state of British tennis, in the British press, often centred around the question ‘when will we ever get a British champion?’  Now we’ve got one, the barons of British tennis must be hoping Murray’s victory will inspire a generation of youngsters to take up their racquets.  What hope, given the performance in past decades of one of sports wealthiest governing bodies?

Every year the LTA receives in excess of £30m from the All England Club, in the form of the surplus from the championships, in addition to substantial funding from Sport England, yet since 1977 and Virginia Wade’s jubilee year triumph in the ladies singles, they cannot claim credit for one singles triumph, which includes, in Murray, the only men’s champion since Fred Perry.

Murray, along with his brother, was encouraged into the game by his mother and became a promising junior.  There have been a stream of promising juniors in British tennis over the years, but rarely has any graduated in to the top ranks of the men’s game, Tim Henman being one notable exception.  Henman, himself came through a privately funded initiative.

So how did Murray do it?  Not through any LTA programme but by realizing that he needed to go elsewhere – in his teens he headed off to the Sanchez-Casal academy in Barcelona.  There he was able to develop his game on clay, learning how to work out points and practice with some of Europe’s most promising players.

This weeks ATP rankings have only one Briton in the top 100, while the number two ranked British player is Dan Evans at 252.  In contrast there are 13 players each from France and Spain in the top 100.  France and Spain provide different models of how to develop successful tennis players.  However, as the latest highly paid head of the LTA leaves his post after seven years of underachievement, why did he or his team not learn from their success?

It is not only at the visible elite level that the LTA can be seen to have fallen short, over the last five years overall participation in the sport in the UK has dropped from 487,500 to 424,300.  The same excuses are being made that were made over 20 years ago – competition from other sports and activities and the more sedentary habits of youngsters.  Yet British cycling reported a growth of 160,000 people getting on their bikes in the first six months of 2012 – before the Olympics and Sir Bradley Wiggins’ historic Tour de France win!  Similarly, over the last ten years British triathlon has seen a consistent year on year increase in membership.

When Roger Draper took over at the LTA in 2006 he received plenty of advice on the need to both develop grass roots participation alongside elite athletes, yet in his first few years at the helm funding for elite performers has dwarfed that allocated to grass roots tennis.

I had likened the situation similar to that inherited by the late Philippe Chatrier when he took over the helm of the French Federation in 1973.  At that time French tennis was languishing yet he managed to combine support of elite players with a comprehensive development programme at grass roots level.  France may not have had a grand slam champion since Yannick Noah but they have two players in the top ten with a further 11 in the top 100. While Britain have not win the Davis Cup since the same year that Fred Perry last won Wimbledon, after years of drought the French have won it three times since 1991.

During the first week of Wimbledon, after the exit of all British players other than Robson and Murray, I received an email from a friend who now lives in France.  It reads:

All fine down here in Bordeaux. I just had to make contact with you to get this off my chest! After watching and enjoying Roland Garros, I’m now settling down for Wimbledon. Totally shocked that still British tennis can only produce 2 players making it through as true contenders, Murray and Robson. Here we are in the second round and still only those 2 making it through. When you consider the huge funding from Sport England that the LTA receives, questions have to be asked. It must start at grass roots. Here in France I see young kids from any background having cheap access to play the sport. My son for example, loves his tennis. The local club has 7 outdoor courts, 3 indoor, coaches available from the large sports science university. He plays and trains 3 times a week, access to courts  at any time all for 65 euros a year. My membership is 70 euros pa. lessons for me with top coach, 7 euros for a 2 hour lesson. The local Mairie offices subsidise these clubs, they want to make sure kids from any neighbourhood, class or background have access. This is why we now see so many French players making it through. Tennis in the UK has to change, clubs up and down the country have to change their attitude, it is still seen as this elite only sport which, unfortunately, has been created over many years and those that govern the sport. What is this funding being spent on?

The impact of a Murray win at Wimbledon may inspire many but it will only have long term results if the infrastructure is there to support new players.  For many at the LTA they still see the solution based around the clubs but it is these clubs that retain the elite social environment that is unique to British tennis.  More impetus to free tennis in parks, as encouraged by the charity Tennis for Free (see http://www.tennisforfree.com) is one area that is worthy of more attention. Similarly, Yannick Noah’s charity Fête le Mur (www.fetelemur.com) – which aims to develop life skills in the young using tennis – provides an interesting model.

So what can we learn from the failure of the LTA and what characteristics do they display as a failing organization, that might help us both in tennis and in other areas?

Many thanks to Bob Humphreys for the input from France