Over the last week I’ve seen a couple of interviews by leading sportsmen where the issue of the importance of the mental game and strength of mind has come up.  In a Ski Sunday piece, extreme freeride skier Candide Thovex said “ a lot of sport is in the mind, the mental is the most important. I’ve lernt that through the years in terms of contests and recovery … you have to stay positive and be really patient.”  He went on in discussing recovering from a career threatening back break to say, when faced with the long haul to get back to performing, to say:  “You have fun for yourself, one turn is a good sensation, in the long run you have a lot of good sensations.” And when asked about how long he might continue in such a demanding sport he said: “I’m having fun and it’s a real passion for me …. It’s a lot in the mental too.”

In Hardtalk on the BBC a week ago, when Stephen Sackur interviewed Mark Cavendish, his opening question was: “What’s been more important in your cycling career – strength of body or strength of mind?:

Cavendish’s answer: “For sure, strength of mind, physically I’m actually not that good, if you look at lab tests and that, growing up I was actually told I wasn’t very good and it was my will to win that got me winning and it was my love for cycling that kept me riding.”

Neither of these are particularly surprising, however both have three things in common:

There are increasing numbers of publications that discuss the mental elements of sport, as there are self-help books that a targeted at helping us overcome obstacles to performance in our lives.  However, rarely do they express the cornerstones of performance in terms of “having fun” and only occasionally does “passion” get a significant mention.  Yet when we are having fun and taking part in something that is our passion we are far more likely to be in ‘flow’ – a term that was coined by psychologist Mihaly Csikszentmihalyi and describes a state of complete absorption which invariably results in optimal performance – doubt and uncertainty (key performance inhibitors) are absent.

I recnetly decided to move from working for myself to joining an established consulting firm that was engaged in the same type of work.  While it was important that the firm I have decided to join is involved in work that I am technically equipped to do, a key decision factor was in repeated conversations with one of the senior management team the use of the term ‘fun’ being used.  We’re aiming to develop a business and it’s capability further but at the same time, amidst the challenges, we aim to have fun.

Similarly, elite athletes cannot compete at the highest level without the requisite technical skills but they’re unlikely to perform at their best if they don’t love what they’re doing. 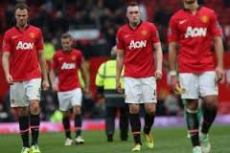 So lots of attention has gone on Manchester United in recent weeks, having changed manager, CEO and gone from runaway title winners last season to an average mid table team this term.  So what has changed?

After back to back home losses in the Premier League, United defender Jonny Evans said “The lads have lost a bit of confidence. You can tell that with the possession and creativity.  Players maybe are not playing how they naturally would. That happens when your confidence drops.”

It certainly does, ask Roger Federer.

Lack of confidence can beset just about anyone.  At times, Federer, one of the greatest tennis players of all time, has undoubtedly lost confidence, most notably this year where he suffered earlier than expected losses at Wimbledon (2r) and the US Open (4r), with a post Wimbledon slump while testing a potential new racket in Europe.

Federer’s lack of confidence against the other members of this golden generation (Nadal & Djokovic) have seen him at times try and go for winners too early, leading to his normally stellar forehand become error strewn.

Why is it that top athletes can be troubled by such a lack of confidence in their own ability?  After all the United team is largely the same as that which won the Premier League at a canter last season and Federer has won just about everything there is to play for in tennis.

A quote in a recent interview with Federer is revealing: “By the end, everyone around me was talking positively again, the mood was much better than in the summer. That boosts my morale for the coming year, and it’s a big relief. The fun has definitely returned.”

So clearly while things were not going well earlier in the year it would seem, by implication, that there were negative vibes coming from Federer’s support team.  Additionally, it would seem tennis, his enjoyment of competing he often cites as motivation for continuing to play at 32, had ceased to be the fun that it was.

One characteristic I observed of Federer in the World Tour Finals in November was that he was failing to stay present.  In matches against Djokovic and Nadal in particular, he resorted to berating himself and clearly unhappy.

A clear sign of lack of confidence and doubt in one’s own ability, for Federer it was ominous but if those around him are now reacting more positively his recent declaration that he still has goals in tennis might yet mean that 2014 might be a better year for him than 2013! 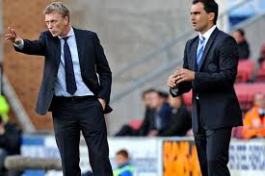 Tis’ the season for managerial sackings in football, combined with more doubts raised over David Moyes as manager of Manchester United following the defeat at home to Everton in the week and an insipid performance in losing to Newcastle today.  While the powers that be stated that Moyes was the right man for the job and that he will be given time, it is highly unlikely that he will be given the time that Ferguson was given before his first trophy win.  Indeed the manner of performances that the United squad, which won the title with ease last season, has put in would suggest that his period of grace is rapidly getting shorter.

The focus in football has become increasingly short term over the last 20 years, closely paralleled by that in the commercial world. With Sir Alex Ferguson’s retirement, Arsene Wenger stands out as remarkable as a long serving manager.  In the corporate world the average length of tenure at CXO level has also decreased over the same period.

The focus is of course on results so why the ‘process, performance, outcome’ heading?

In sports psychology it has long been a mantra used to enable elite athletes to think of how they can achieve their targeted outcomes or results.  It enables a performer to work back from the outcome to focus on what they need to do in the present.

The result is not something that is achieved in the present but is a consequence of the processes and subsequent performance.  This is equally true in the work environment.

Too much of a focus on results can end up with a number of negative impacts:

In looking at most of Manchester United’s performances this season there is a sense that the urgency has gone out of the game, not just the ‘never say die’ attitude at the end of games when they are looking for a win, but during the game they are often second to the ball when they shouldn’t be.  The fluency has gone out of their passing and they rarely dominate possession.

On the other hand, Roberto Martinez at Everton has done focused his team on the process and performance, getting his side to play a competitive passing game that has seen them able to challenge the best teams in the Premier League and, in beating United, achieve at the first time of asking what David Moyes failed to do in over a decade as Everton manager.

In a commercial context, I have often seen organisations focus on financial results without attention to the service or product they provide and the process and performance needed to do that with quality.  The upshot is invariably a reduction in value, or failure, of the organization, the exact opposite of the desired outcome.  Whether in a bank or hospital the focus needs to be on the service provided and the what processes are needed to perform this.

With the release this week of the film ‘The Class of ‘92’, about six of Manchester United’s youngsters who achieved amazing success on the football pitch.  The six, David Beckham, Ryan Giggs, Paul Scholes, Gary and Phil Neville and Nicky Butt, all became household names during the nineties, winning an unprecedented treble in 99.

Despite their fame, quotes from the six reveal a down to earth element but also between each other and from their manager, a level of care that might be surprising but which, I believe is vital to team success.

Quotes include: “It was just six young lads who were enjoying life … We were just playing a game of football with our mates”.

Their thinking of one another came from the man that managed them through that period, whose focus was on team success not personal glory, as Phil Neville says:  “There was a team ethic, there was no I in Sir Alex Ferguson’s team. It was team before everything else. It was we before me. That was what was driven into us.  When we were in the youth team, if you could pass to someone who was in a better position to score a goal, even if you were on a hat-trick, you had to pass that ball. It was not about personal glory. The minute you started thinking for yourself, being a little bit selfish, you would be out of the door. We have seen that over the years.”

Ferguson, as we have commented before, was unusual and it rubbed off on his charges, Paul Scholes: A lot of managers now won’t know who the youth team players are, won’t know their names.

“We had Sir Alex Ferguson, he knew who every one of us was from day one. He used to come and watch training on Monday and Thursday night. They don’t have to do that, it is not part of their job. I can’t see many managers today doing that. Sir Alex knew our parents, he would speak to them regularly on the phone. I just don’t think that happens these days.” (Phil Neville).

David Beckham also said in the trailer to the film: “There was not one piece of jealousy between any of us. We all had each others back.”

They had both a unity of purpose together with a care for other members of the team, both essential to high performing teams.  Despite this kind of high profile example, it is not always the case in both the sporting and working worlds.

Some years ago I had been handed a failing programme at a leading bank and we turned it round. Having overseen the turn round I decided to move on.  One of the young technologists working on the team was clearly disconcerted and when asked why he told me that he was worried about who might take over running the team.  His experience of working at this particular bank had been of one where managers focused on managing up and not talking to or engaging with their team members.  His measure of my care for the team was that I spoke to him every day, including greeting him first and last thing.  It seemed that such common courtesy was actually unusual in this environment yet such small things display authenticity, critical to engaging teams.

“If you want to be a leader, you have to be a real human being.” – Peter Senge (Presence)